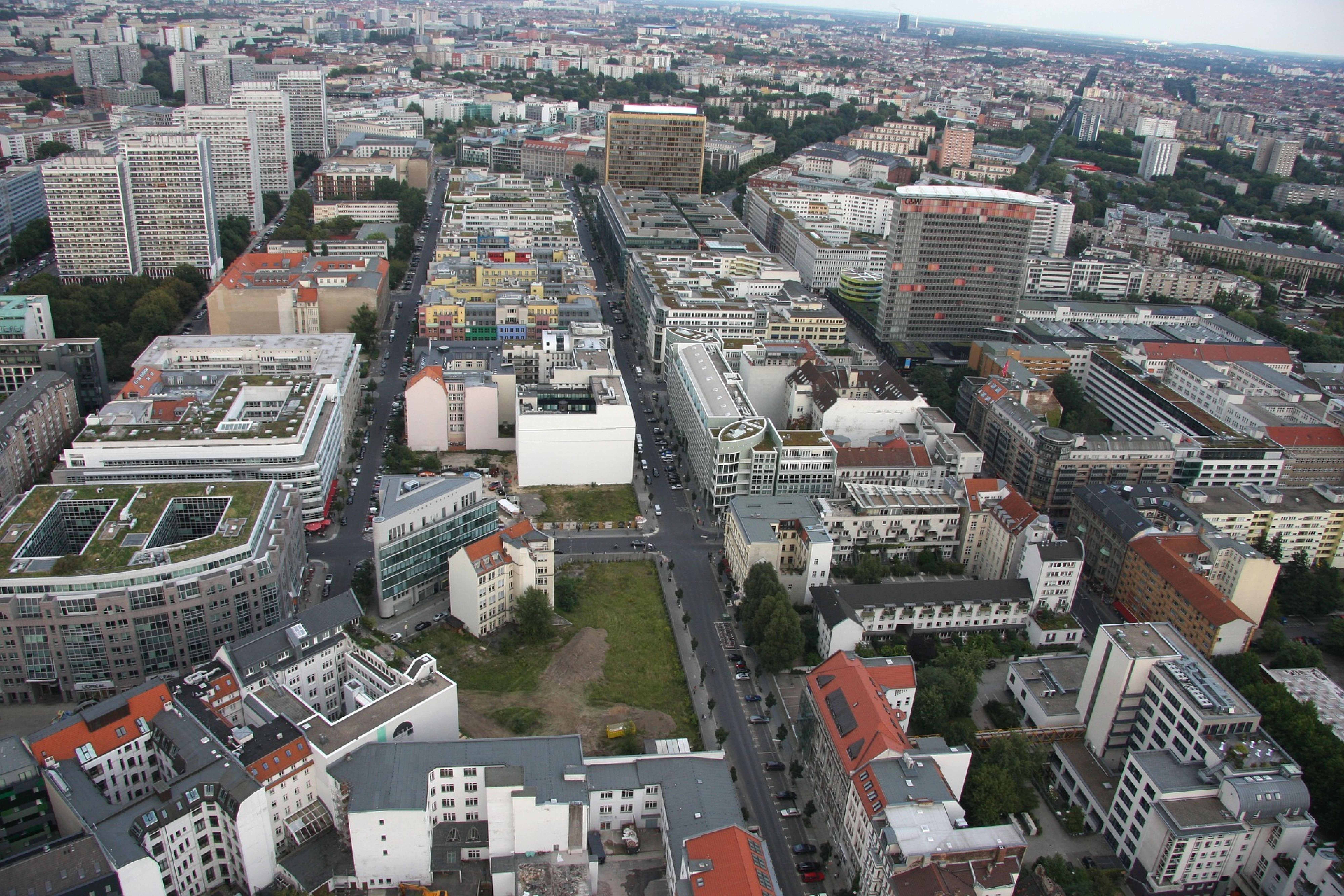 Image by Dietmar Silber.
A new town is being planned, and the designers have some very specific ideas about how things should be laid out. First, they lay out the streets. Each street is perfectly straight and passes completely from one end of the town to the other. These streets divide the town into regions, and each region is to be designated either “residential” or “commercial.” The town planners require that any two regions directly across the street from one another must have different designations. On this one particular day, all of the streets have been planned, but none of the regions have been designated. One town planner wishes to purchase two properties, and it is important to him that the properties eventually have different designations. For this problem, the streets can be modeled by lines in the plane that extend forever in both directions and have no width, and properties may be modeled by points. Given the lines and two points, can you decide whether or not they must get different designations, “commercial” or “residential?”